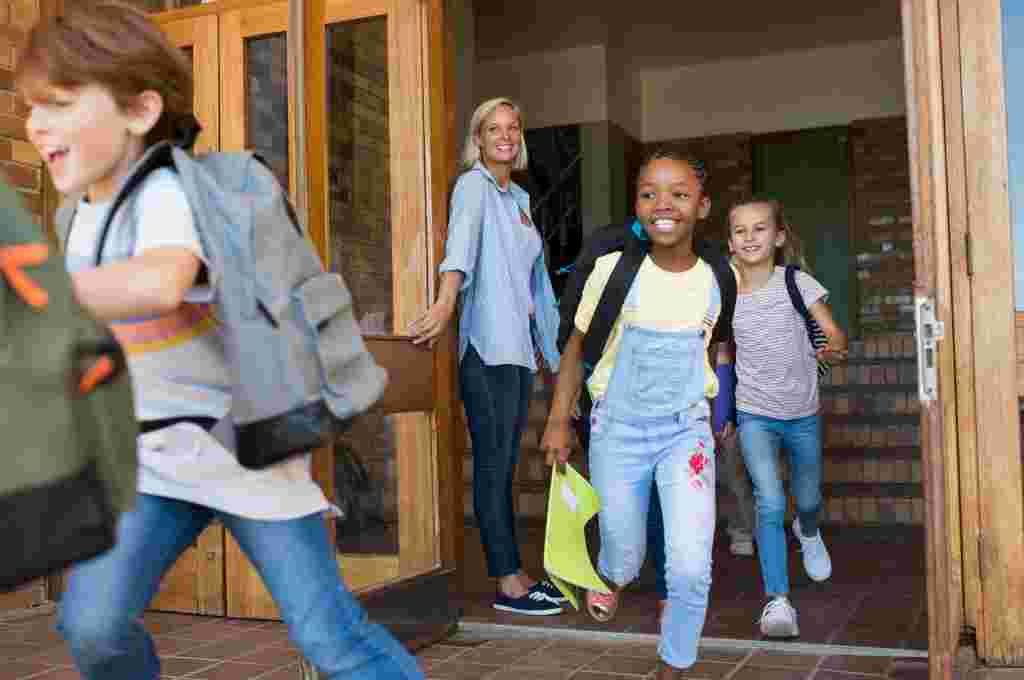 When even the teachers’ union in peaceful Sweden decry the safety of their schools, it’s probably time we listen. While the situation is thankfully not nearly as dire as in the US, violent attacks have occurred both in Sweden and Finland – countries known for their open, progressive schools. In Norway, there’s been an increasing frequency of violence and threats in the schools, especially in Oslo. This does in no way, however, mean that this is only a big city problem. The trend is far more general.

Obviously, we need to ensure that all schools stay safe havens for all involved. But how do we go about this without compromising their openness?

A Tough Balance to Strike

Whenever certain safety measures are proposed, there’s usually a backlash from those who feel they go against the component of trust in the European school system. Schools are supposed to be open, pleasant places, and if you begin to install cameras, gates, locks, or even do full body scans of everybody who enters, that’s going to change things drastically.

Clearly, nobody wants school to feel like a prison.

The trend in Europe tends to lean more towards fighting, threats or vandalism, rather than school shootings. You could make a case that our worry about the latter is overblown, which also means less severe measures are needed. It’s quite possible that the best solution would mainly address the more common incidents, without reaching the levels of metal detectors or body scanners. If the solution could also aid in preventing the most extreme situations, that’s a bonus.

It would be natural to look towards Finland for answers, as their school system is world class, but also because they actually did experience two shootings a few years back, both within eleven months of each other. They considered measures like bullet proof glass and metal detectors at the entrances, but eventually landed on a more subtle approach, that would keep the environment of trust intact. An official report recommended that each school should create (and rehearse!) contingency plans, as well as performing yearly evacuation drills, in addition to more architectural measures like escape routes and glass walls.

We’d also add that quick communication is essential for a contingency plan to work. Most incidents are over in 10-15 minutes, so acting quickly is of the essence. If we eschew possibly extreme measures like strong locks or metal detectors, the least we could do is to make sure the relevant people are immediately informed, in detail, about ongoing threats if they were to occur.

This is something to keep in mind for those yet on the fence. The choice is ultimately up to each school or the municipality it belongs to, but taking no precautionary measures whatsoever is likely a little too naïve.

The number of security incidents in schools is increasing across Europe. As a result, more and more schools and municipalities are working to improve safety and security. The City of Gothenburg is putting safety in focus by upgrading its security solution in four of their schools. This way, the right people get the right information at the right time.

This website uses cookies to improve your experience while you navigate through the website. Out of these cookies, the cookies that are categorized as necessary are stored on your browser as they are essential for the working of basic functionalities of the website. We also use third-party cookies that help us analyze and understand how you use this website. These cookies will be stored in your browser only with your consent. You also have the option to opt-out of these cookies. But opting out of some of these cookies may have an effect on your browsing experience.
Necessary Toujours activé
Necessary cookies are absolutely essential for the website to function properly. These cookies ensure basic functionalities and security features of the website, anonymously.
Functional
Functional cookies help to perform certain functionalities like sharing the content of the website on social media platforms, collect feedbacks, and other third-party features.
Performance
Performance cookies are used to understand and analyze the key performance indexes of the website which helps in delivering a better user experience for the visitors.
Analytics
Analytical cookies are used to understand how visitors interact with the website. These cookies help provide information on metrics the number of visitors, bounce rate, traffic source, etc.
Advertisement
Advertisement cookies are used to provide visitors with relevant ads and marketing campaigns. These cookies track visitors across websites and collect information to provide customized ads.
Others
Other uncategorized cookies are those that are being analyzed and have not been classified into a category as yet.
Enregistrer et accepter
Powered by